Psychoanalysis is a psychodynamic form of psychotherapy, based on a variety of analytic models. These include Freud, Jung and other psychodynamic thinkers, but also Cognitive Behavioural Analysis models, linguistic, modelling analysis, hypnosis based and Mindfulness Based. Stuart is a NACHP registered Psychoanalyst, Psychotherapist, Counsellor and Hypnotherapist. Psychoanalysis is available in my central Edinburgh psychotherapy clinic. Always pick a therapist who is registered for a core therapy competency on a Professional Standards Authority Accredited Register: "Right Touch Regulation".

Hypnoanalysis is a form of psychoanalysis that uses the focused and relaxed state known as hypnosis. It enables better access to the mind-body link and is very useful in tracing trauma and accessing the unconscious mind. Hypnoanalysis, otherwise known as analytic hypnotherapy is available in my central Edinburgh psychotherapy clinic. Analytic Hypnotherapy and Hypnosis are often used for Somatic Processing and Parts Work processing for Trauma and Complex PTSD cases. Always pick a therapist who is registered for a core therapy competency on a Professional Standards Authority Accredited Register: "Right Touch Regulation". 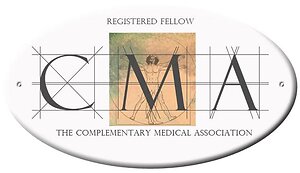 Mindfulness is one part of Eastern Psychology, which has been around since 4500BCE. Acceptance and compassion therapies, mindful analysis, Naikan relationship dynamic therapies, Morita life coaching and various forms of active and passive meditation add to MBCT, MBSR and other well known methods to make up a rich areas of practice. I have personally used mindfulness since the mid 1980's. A full range of mindfulness psychotherapy is available in my central Edinburgh psychotherapy clinic. I have completed certificated training in Mindfulness including MBCT, as well as specific mindfulness for groups, mindfulness for depression and Acceptance and Commitment therapy. I have completed extensive CPD (continuous professional development) in different ways of using mindfulness as a psychotherapy clinician. I have also completed advanced certification in the Clinical Application of Mindfulness

Stress problems occur when the pressure and demands on us are greater than the resources we have to cope with. So having more to do, and less ways to recover such as time out, sleep, food, rest and support, all lead to stress issues. Largely then stress management is about balance and resources. it also involves processing issues that create difficulty such as emotional or psychological problems. Methods include Mindfulness and MBSR, hypnotherapy and CBT. Psychoanalysis, counselling and psychotherapy for stress are available in my central Edinburgh psychotherapy clinic.

Anger is not a problem unless it leads to aggressive behaviour. Anger itself is a healthy and natural emotion similar to frustration. When it leads to uncontrolled and un-chosen behaviours then it becomes an issue. Anger management is important to provide in a customised way, since no two people have the same patterns of frustration, triggers and underlying causes. Thus a range of therapies can be used, especially Cognitive Behavioural Analysis and Psycho-education. Mindful analysis and MBSR stress management methods are often used to better equip the client, as are forms of psycho-education.

Stuart is a Pink Therapy and Rainbow Therapists registered psychotherapist, who has ongoing training updates for these specific areas. He, as well as his colleagues in these networks, believe that it is not enough to be "friendly" to groups, you also have to be "knowledgeable". He works with a range of genders, orientations, sexual preferences, relationship types and Kinks. Stuart has been Poly. He will ask about your needs and identity and advise you honestly whether these fall within his knowledge and competency.

Do you have a high functioning form of Autism, Asperger, Dyslexia, Dyspraxia, Dyscalculia or other variation? Do you consider yourself not neuro-typical? Do you suffer from relationship or interpersonal stresses as a result, or problems balancing individuality and conformity? Stuart specialises in these issues and identifies as not neuro typical himself.

Often people come to psychotherapy or counselling and want to include their own culture. This can often be faith based, or philosophical, or both. Stuart is experienced in working with a range of philosophical positions and faiths and has studied philosophy and theological topics both informally for personal development, and formally at university undergraduate level. He has experience of working within a number of faith paradigms including Pagan, Wiccan, Buddhist, Taoist, Hindu, Muslim, Christian, Catholic, Jewish and Kabbalah. Within the context of faith work Stuart is an ordained multi faith and humanistic minister.

Humanistic counselling has models from both the Western world and the Eastern world. Methods include Gestalt, Person Centred and philosophical counselling. Humanistic principles mean not focusing on "illness" but working on the inner potential and authentic self of the client in a non judgemental way. Stuart is an accredited humanistic psychotherapist with the NACHP.

Hypnotherapy is subject to voluntary regulation through the "right touch" Professional Standards Authority Accredited Register Scheme. Stuart (and Denise) are registered under hypnotherapy on the Federation of Holistic Therapists PSA AR. Hypnotherapy is a therapy that is employed either as a holistic/complementary therapy, or as a psychotherapy, or both. Stuart uses hypnotherapy in a clinical context as a hypnosis based form of psychotherapy, especially specialising in hypnoanalysis (also known as analytical hypnotherapy), cognitive behavioural hypnotherapy and sports / performance hypnosis. Stuart has specialist clinical certification in the use of hypnosis and related neurology and mind-body work for treating trauma.

References and Evidence of Treatment claims 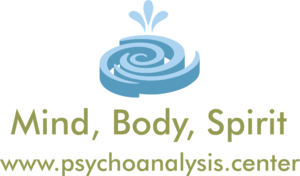 Psychological issues do not just effect the mind and brain. Stress and anxiety for example end up causing tension in neck and shoulders, back pain and general unease and discomfort. To treat the mind and body holistically means to address all three areas: Psychology and Psychotherapy, Lifestyle and Psycho-education, and Body. Therefore Stuart is trained in Chi Gung, Martial Arts based exercises (SHTC accredited), Em-tech trained (FHT) and Seated Massage and Acupressure (GHT Accredited). This can be used diagnostically to see whether you should book in for body treatment with him, or separately with a college while using counselling and psychotherapy with Stuart. More and more it is being recognised that clients with complex PTSD and other similar long term problems need a holistic and integrative approach combining complementary therapies, psycho-education, self management, somatic therapy and talking therapies.

Did you know that hypnosis and self hypnosis can be used for stress management, performance, exam stress, fears and phobias, general nervousness, confidence, self image, self esteem and to support psychotherapy in dealing with more serious issues? Hypnosis is a state of relaxation where the unconscious mind responds better to suggestion and change processes, although suggestion can also be used in conversation. This is known as conversational hypnosis.

It may sound to some people like nonsense that there are energetic ways of healing. Actually for thousands of years traditional Chinese and Indian healing methods have used these principles. Now polyvagal theory, a form of western neurology, is proving old theories. Mindfulness, Reiki, Meditation and other methods are enjoying a new renaissance of evidence and belief. Reiki or intent to heal and assist are used where appropriate in both psychological and physical therapy sessions. Stuart has been working with various cases of eating disorders for his entire 25+year professional career. He has a background in dealing with his own eating disorder issues and post treatment helps people of all eating disorder types. It would be easy to list issues like Bulimia and Anorexia, but there is not one version of any of these, and Stuart deals with each on a personal and individual basis.

Stuart is a Certified Clinical Trauma Practitioner, validated by the International Association of Trauma Practitioners. This post qualification, post graduate award is evidence of comprehensive training and examination in the specialist forms of therapy knowledge required for complex trauma treatment. Trauma is best treated in an integrated way, through stages of psycho education and stabilisation, intereospection and self regulation, and finally reintegration and growth. This requires more than standard "talking therapies" and involves psycho education, learning self management skills, self analysis and monitoring skills, mood management and acceptance skills and finally assistance putting the pieces together in order to thrive rather than just survive. We use Doxy, a secure clinical telecommunications platform are available for a range of therapy models, including individual psychotherapy, couples psychoanalysis, and of course clinical supervision of other therapists. We do not use hypnosis online for safety issues. We are a highly accredited provider of hypnotherapy, counselling and psychotherapy.

Fears and phobias can become disabling and make a severe impact on people's lives. Among classic fears are spiders, heights, public speaking, other animals, driving, flying..... Simply however ANYTHING can become a phobia. Because of this it is essential to get individual attention and support, and off the shelf type treatments are of limited effectiveness. Useful forms of psychotherapy support include Cognitive Behavioural Therapy, Hypnotherapy, Mindfulness, NLP and psychoanalysis. Psychotherapy and Counselling are not just about treating mental illness or supporting conditions like depression and anxiety. Very often people begin therapy because they want to live life more fully, and discover how to truly make the best of their opportunities. In particular psychoanalysis is a form of psychotherapy used by people to develop a deeper understanding of themselves, their place in their lives, and how they can move forward, creating their own story.

Stuart is an active member of the Psychotherapy and Counselling Union and is a member of the Alliance of Counselling and Psychotherapy organisation. He is dedicated to clear standards of practice and supporting colleagues within the industry. His main accreditation and registration body is the NACHP, a very well established therapy body that represents Counselling, Hypnotherapy and Psychotherapy and is a verification route for the CNHC, a voluntary regulator and PSA Accredited Register (Hypnotherapy). Stuart is the Scottish representative for the NACHP. Stuart also writes a regular column in Self and Society, a humanistic Psychology Journal, as well as other clinical case studies and reviews in journals.

Psychotherapy is not just about what happens in the session. A psychotherapist uses the counselling or therapy session as a catalyst and airing space for the client, but for real psychological change to occur, change has to continue beyond the psychoanalysis session. Whether the session focuses on hypnoanalysis, psychoanalysis or counselling, or perhaps some other method like CBT or clinical hypnotherapy, the progress for the rest of the time between sessions needs to be supported. Therefore if you are vising Stuart for psychotherapy in Edinburgh or Falkirk, you will also be encouraged to use self help and psychological education (psycho-education) methods between psychotherapy sessions. Stuart is a Fellow of both the Royal Society of Public Health and the Institute of Health Promotion and Education and has a Level 4 Training and Development NVQ in the context of complementary health and stress management education.

I have clinics at the Salisbury Clinic Fridays, The Life Academy Saturday and Sunday, and Thursdays in Falkirk

©2022 Stuart Morgan-Ayrs is powered by WebHealer
Cookies are set by this site. To decline them or find out more visit our cookie page